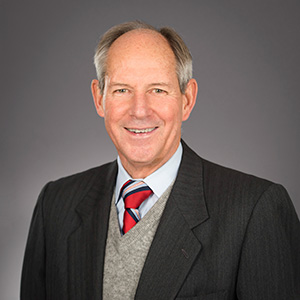 Clinton B. Smith is a respected New York municipal and corporate lawyer. Clinton is a member of our Municipal Law & Land Use, Trusts & Estates, Corporate & General Business and Exempt Organizations groups. In the municipal and land use area, Clinton has served as attorney for numerous towns and villages and sat regularly with their governing boards over the past ten years. He is a former elected official, and his experience in government and in municipal law gives him a valuable perspective in dealing with municipal matters for public and private sector clients. In the trusts and estates area, Clinton regularly advises individuals on significant matters involving wills, trusts, probate and estate planning, helping clients to  reach their personal objectives in their financial and tax planning goals. In the business and not-for-profit areas, Clinton is general counsel for a major for profit special education and early intervention service provider in the NY-NJ-CT tri-state area and had served as pro-bono general counsel to a not-for-profit environmental organization focused on land preservation and environmental education in Westchester County, advising them and others in a variety of transactions and matters.

Clinton is deeply involved in government and in the community in Westchester and beyond. He served on the New Castle Town Board from February 1993 through 1995 and as New Castle Town Supervisor from 1996 through 1999. He is an officer and trustee of the New Castle Historical Society and had a long involvement with Teatown Lake Reservation, Inc. Clinton is a former member of the Westchester County Planning Board, the Executive Committee of the Westchester Municipal Officials Association, the Northern Westchester Watershed Committee, and the New York City Watershed Protection and Partnership Council, East of Hudson Advisory Committee.

Clinton has a peer review rating of  AV®Preeminent on Martindale-Hubbell®.

Representing the Village of Pelham, several of McCarthy Fingar’s municipal attorneys (Jim Landau, Clinton Smith and Lester Steinman) recently obtained the dismissal of an Article 78 proceeding commenced by an unsuccessful bidder for a garbage hauling contract who was found by the Village not to be a responsible bidder under the General Municipal Law. In dismissing the petition, the Supreme Court, Westchester County, determined that the Village had demonstrated 7 different ways that it rationally determined the unsuccessful bidder to not be responsible.

We are pleased to advise that Daniel Pozin, Clinton B. Smith and Lester D. Steinman have joined the firm as partners and Anna L. Georgiou has joined the firm as counsel. They are all members of the firm’s newly created Municipal Law & Land Use group.

McCarthy Fingar’s municipal attorneys often defend their municipal clients against Article 78 proceedings brought by private individuals and companies. Article 78 of the Civil Practice Law and Rules is frequently used to challenge decisions made by municipalities when a private party feels aggrieved by a decision made by a governmental entity. Here, James K. Landau, Clinton Smith and Lester Steinman obtained the dismissal of just such a proceeding against the Village of Pelham, commenced by an unsuccessful bidder for a garbage hauling contract who was found by the Village not to be a responsible bidder under the General Municipal Law. In dismissing the petition, the Supreme Court, Westchester County, determined that the Village had demonstrated 7 different ways that it rationally determined the unsuccessful bidder to not be responsible.