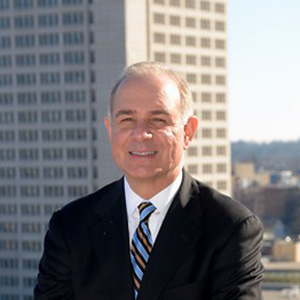 McCarthy Fingar’s guardianship lawyers maintains a reputation as a leading law firm, both in White Plains and Westchester and throughout the New York metro region. Our lawyers understand both the complex laws that govern New York guardianships and the heartache that often surrounds them. From seniors and younger people who are unable to care for themselves, to physical or financial abuse, to false accusations of incapacity or abuse, McCarthy Fingar’s guardianship lawyers have seen it all.  We bring to these cases a deep sensitivity to all of the issues that these cases entail, including ensuring that loved ones can spend time with incapacitated family members without sacrificing the incapacitated persons’ health care and financial needs.

Our guardianship lawyers have experience and perspective from all angles of a guardianship case. Our attorneys include Hon. Edward P. Borrelli, who brings his knowledge and many years of experience in the Guardianship Part of the Supreme Court, in which he handled all 5 counties in the 9th Judicial District (Westchester, Putnam, Dutchess, Orange and Rockland); Gail M. Boggio, who is also a Certified Public Accountant and has been appointed by the Appellate Division, Second Department, as Court Examiner in Article 81 guardianship proceedings in Westchester County; and Michael S. Kutzin, who has many years of experience in litigating guardianships and estates and trust matters. Our Trusts & Estates group also brings vital expertise in Estate Planning, Surrogate’s Court Litigation and Medicaid Planning, as needed in any guardianship proceeding.

We represent guardians and we also represent other parties in guardianship proceedings. From Commencing a Guardianship Proceeding and Defending Against One, to Turnover Proceedings in Guardianship Court to recover property, to Care and Placement issues, Obtaining Court Approval for Guardian’s Actions, to Reports and Compliance in Guardianships, McCarthy Fingar has the resources and knowledge to help you meet the unique challenges of a New York guardianship.

McCarthy Fingar’s guardianship lawyers are here to help guide you through the guardianship process. If you have any questions or would like to schedule a consultation, please contact the following:

Judge Edward P. Borrelli, a member of our Guardianship Practice, Trusts & Estates, Matrimonial & Family Law, Appellate Practice and Mediation & Arbitration Practice groups, lectured in Manhattan on “Judicial Ethics Update – 2020”, at the Annual Convention for the New York State Association of Towns, as part of its Town and Village Justices Program.

We are pleased to announce that Michael S. Kutzin has joined the firm as a partner and is a member of our Guardianship Practice, Trusts & Estates, Surrogate’s Court Litigation, Appellate Practice, Exempt Organizations, Taxation and Charitable Gift Planning groups. Michael joins McCarthy Fingar from Goldfarb Abrandt Salzman & Kutzin LLP, where he had been a partner for 17 years. Michael has extensive experience with all forms of Surrogate’s Court and Guardianship proceedings, from the most routine to the most complex and contentious. He has appeared in Westchester matters for years, as well as Surrogate’s Court and Guardianship cases in New York City.

Borrelli is Dinner Speaker for Association of Supreme Court Justices

Judge Edward P. Borrelli, a member of our Guardianship Practice, Trusts & Estates, Matrimonial & Family Law, Appellate Practice and Mediation & Arbitration Practice groups, was a dinner speaker for the Association of Supreme Court Justices of the City of New York in Queens, New York.

Guardianship cases are designed to be flexible tools to protect the interests of an incapacitated person. Sometimes, however, people forget that and become more concerned with technical compliance with the law than with protection of the incapacitated person. In January, 2020, Michael S. Kutzin persuaded a judge in Manhattan, over the objections of the City of New York, court appointed counsel and an institutional temporary co-guardian that the brother of the incapacitated person acted properly in relocating her from New York to Oregon without prior court approval when her safety was endangered. The incapacitated person, who lived alone, had no memory and little understanding of her circumstances, brought a young man into her apartment late at night. The young man was recorded in security cameras leaving the apartment very early in the morning. The Court agreed that, in the absence of any support systems in New York, the brother, who was also co-guardian, acted properly in removing his sister to Oregon to be closer to her father and family members, and approved his request to have the guardianship transferred to Oregon.

Physical distance and family hostility created a situation in which an elderly woman’s health care had become compromised. In 2019, Michael S. Kutzin  represented a longtime family friend of the elderly woman in obtaining guardianship for client who had a lifetime relationship with the elderly woman, and obtained the revocation of a Hawaiian daughter’s health care proxy. The Hawaiian daughter had a hostile relationship with a New York daughter who had attempted to provide care for their mother. The health care agent directed medical providers not to listen to the New York daughter and to keep their mother’s medical information from her. As a result of the conflict between the daughters, their mother’s medical care had become compromised. For various reasons, the New York daughter was not a suitable candidate to become guardian of her mother, so, at the mother’s request, the friend intervened. A Manhattan agreed with Michael’s argument that the hostility between the daughters put their mother’s care at risk, and found that the longtime family friend was the most appropriate person to serve as guardian.