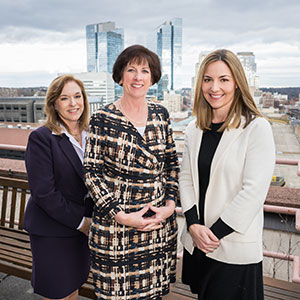 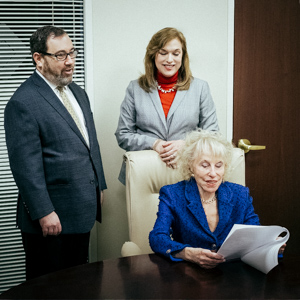 McCarthy Fingar has some of the best mediators and arbitrators in Westchester County and throughout the New York metro region. The lawyers in our Mediation & Arbitration Practice Group use Alternative Dispute Resolution Processes (ADR), to help clients resolve their disputes without resorting to litigation. Settling a legal dispute through ADR avoids the expense, publicity, delay and uncertainty of a decision by a judge or a jury. These processes can also preserve business and family relationships.

Our Mediators & Arbitrators use a variety of ADR techniques to help the people resolve matters in a neutral, efficient and controlled manner. In mediation, the mediator, acting as a neutral, helps people who disagree try to reach a mutually acceptable resolution. The mediator does not decide the case but facilitates the discussions. In arbitration, the arbitrator renders a binding decision. Arbitration is a private and less costly alternative to the public and more formal nature of court proceedings. For some clients and circumstances, Med/Arb is also an option. In Med/Arb, the parties first work towards a mutually acceptable outcome. If they are not able to agree, then the neutral issues a final binding decision.

McCarthy Fingar’s Mediation & Arbitration Practice Group provides responsive, skilled, and compassionate services to our clients as to matters in Westchester County and throughout the New York region. Our well-rounded team, all of whom are attorneys, comprises seasoned professionals with diverse backgrounds and experience. We are committed to expeditious and amicable resolutions through an alternative dispute resolution process (mediation, arbitration, or Med/Arb). We can help resolve specific issues or an entire dispute.

A sampling of the areas in which our team’s mediation & arbitration practice can assist you includes:

If you think you may require the assistance of McCarthy Fingar in Mediation or Arbitration, please contact:

Judge Edward P. Borrelli, a member of our Guardianship Practice, Trusts & Estates, Matrimonial & Family Law, Appellate Practice and Mediation & Arbitration Practice groups, lectured in Manhattan on “Judicial Ethics Update – 2020”, at the Annual Convention for the New York State Association of Towns, as part of its Town and Village Justices Program.

Borrelli is Dinner Speaker for Association of Supreme Court Justices

Judge Edward P. Borrelli, a member of our Guardianship Practice, Trusts & Estates, Matrimonial & Family Law, Appellate Practice and Mediation & Arbitration Practice groups, was a dinner speaker for the Association of Supreme Court Justices of the City of New York in Queens, New York.

Judge Edward P. Borrelli, a member of our Trusts & Estates, Matrimonial & Family Law, Appellate Practice and Mediation & Arbitration Practice groups, chairs the Judicial Campaign Ethics Subcommittee of the NYS Advisory Committee on Judicial Ethics. In that capacity, Judge Borrelli served on a panel at the NYS Judicial Institute in the taping of the “2019 Judicial Campaign Ethics Online Training Video.” All candidates for election to Judicial Office this year, including incumbent judges running for re-election (except Town and Village Justices), are required to timely complete this program during his/her candidacy.

Borrelli Speaks at Dinner of Association of Supreme Court Justices

Judge Edward P. Borrelli, a member of our  Trusts & Estates, Matrimonial & Family Law, Appellate Practice and Mediation & Arbitration Practice groups, was a speaker in Staten Island at a dinner of the Association of Supreme Court Justices of the City of New York.

Judge Edward P. Borrelli, a member of our Trusts & Estates, Matrimonial & Family Law, Appellate Practice and Mediation & Arbitration Practice groups, lectured on “Judicial Ethics” at a program of the New York State Unified Court System entitled “Taking the Bench – Spring, 2018” for newly-elected and recently appointed Town and Village Justices from around the state. The program was held in Albany, New York.

Miller and Rosmarin Speak on Support Services for Parents in Conflict

Hon. Sondra M. Miller, who has a national reputation on family law issues and leads our Mediation & Arbitration Practice Group and Appellate Practice group, authored an article for the New York Law Journal on Prenuptial Agreements entitled, “Come Live With Me and Be my Love…But Sign This Prenup!“

We are pleased to announce that Judge Sondra M. Miller, who leads our Mediation & Arbitration Practice Group and Appellate Practice group, received the Kay Crawford Murray Award on January 22, 2013. The award is given by the New York State Bar Association’s Committee on Women in the Law to celebrate “an individual who, in the spirit of Ms. Murray, recognizes the value of diversity in the legal profession and has committed to advancing the professional development of women attorneys.”

Hon. Sondra M. Miller, who leads our Mediation & Arbitration Practice Group and Appellate Practice group, and Co-Chairs the New York State Family Violence Task Force, co-chaired a judicial seminar entitled: “’Friend’ or Foe: Social Media and the New Cyber-Landscape of Criminal and Family Law.” The seminar was part of a summer series of web casts offered by the New York State Judicial Institute for judges and non-judicial staff. The program was presented live at the Judicial Institute in White Plains, at group-viewing sites in each of the New York City counties, and on-line.

Hon. Sondra M. Miller, who leads our Mediation & Arbitration Practice Group and Appellate Practice groups, was interviewed by the Wall Street Journal on the impact of the new divorce law. Judge Miller, who has been a long-time proponent of reforms in divorce law, discussed how the new divorce law, passed in 2010, has had unintended consequences on temporary alimony for some affluent New Yorkers. See video below for that interview. Footage provided by Wall Street Journal.

On December 1, 2011 Hon. Sondra M. Miller was the recipient of the 2011 Judge Learned Hand Award by the Westchester Region of the American Jewish Committee (AJC). This was the first time that the Judge Learned Hand Award was presented by AJC’s Westchester Region. The award ceremony took place at Chappaqua Crossing (the former Reader’s Digest site), in Chappaqua, New York. AJC is the oldest and most respected human relations organization in the United States. AJC builds bridges, advances security, promotes human rights, supports Israel and strengthens Jewish life. For over fifty years, AJC has taken great pride in publicly acknowledging the accomplishments of outstanding members of the legal community who excel in their field and give generously of themselves to the larger community.

Hon. Sondra M. Miller, who has been a long-time proponent of “no fault” divorce and helped bring upon its passage in law last year, was interviewed by the New York Law Journal (2/4/2011) to comment on a recent ruling on the new law by Essex County Justice Robert J. Muller. Justice Muller is  the second judge to rule that a trial is required if a party disputes whether, under the new law, a marriage has “broken down irretrievably.” The article went on to say:

“Sondra Miller, the former Second Department justice who headed a commission appointed by former Chief Judge Judith S. Kaye to examine the state’s matrimonial laws, disagreed with Justice Muller’s conclusion stating that the ‘irretrievably broken’ language must be read in the context within which it was written. . . . ‘It is quite clear,’ Ms. Miller said, that the ‘purpose’ of the language referring to an oath provided by ‘one party’ was to ‘avoid litigation.’  ‘It was not the intent of the Legislature and the bill’s sponsors to avoid litigation on fault grounds only to substitute litigation upon the ground of irretrievable breakdown,’ added Ms. Miller who is now chief counsel at McCarthy Fingar in White Plains. ‘The statute was designed to avoid the expense and delay of full trials.'”

Hon. Sondra M. Miller was interviewed by the New York Law Journal as a spokesperson for various state and local bar groups who lobbied Albany legislators for an amendment of divorce law to permit “no fault” divorce. Judge Miller, who is also the Director of the Office of Family Services for the Office of Court Administration, organized the event in Albany, to remind legislators of the need to change the divorce laws and to highlight the near-unanimous support that the no-fault option has among bar groups. In her interview, Judge Miller also spoke of the difficulties the no-fault option faced in the current legislative session, since no-fault divorce is just one of a myriad of items vying for attention. In the interview, Judge Miller said: “They are not focused on this issue. And we, as a group, are at a disadvantage because we are not lobbyists.”

Hon. Sondra M. Miller was a keynote speaker on November 8, 2007 for The Family & Divorce Mediation Council of Greater New York (FDMCGNY) at its 25th anniversary gala celbration in New York, New York. FDMCGNY is a not-for-profit group dedicated to the constructive resolution of traditional and non-traditional family disputes.

Dolores Gebhardt and Hon. Sonda M. Miller authored an article in the Pace Law Review, Justice Abandoned: Forty Years of Stalemate in Actions for Divorce on the Ground of Abandonment, 27 Pace Law Review 605 (2007). Click on Article to see this publication.

Dolores Gebhardt and Hon. Sondra M. Miller spoke at a forum in New York City at the Association of the Bar of the City of New York on October 11, 2007, entitled “The Need for No-Fault Divorce.”

Judge Miller Joins Board of Legal Services of Hudson Valley

Hon. Sondra M. Miller has joined the Board of Directors of Legal Services of the Hudson Valley.

Hon. Sondra M. Miller lectured on Ethical Considerations and Attorney Fees as part of an all-day program in Tarrytown, New York on October 24, 2006 entitled “Probate and Administration of Estates” for the Trusts & Estates Law Section of the New York State Bar Association.

We are pleased to announce that Judge Sondra M. Miller, retired from the Appellate Division, Second Judicial Department, as of January 1, 2006, has joined our Firm as Chief Counsel. Judge Miller is a member of the Firm’s Commercial Litigation and Matrimonial & Family Law groups and will lead the Firm’s appellate practice.

Judicial Discretion & the Voice of the Child in Resolving Custody Disputes: Comments on the Think Tank Report