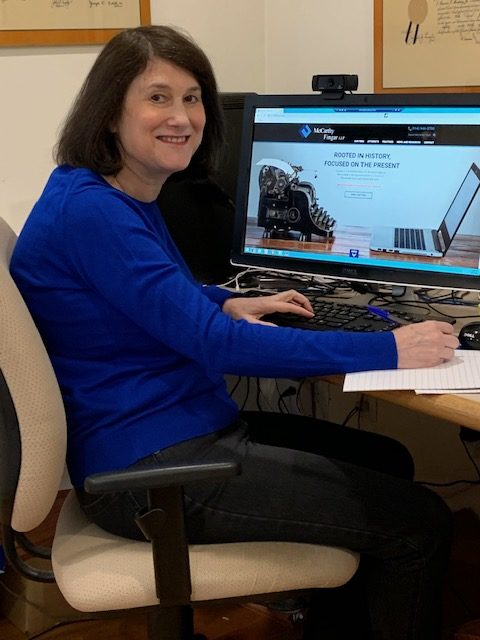 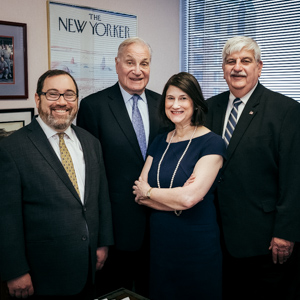 Irma Nimetz, who concentrates in New York litigation, is a member of our Appellate Practice, Commercial Litigation, Surrogate’s Court Litigation and Trusts & Estates groups. In Surrogate’s Court, Irma represents fiduciaries (executors, trustees and guardians) and actual or prospective beneficiaries of estates and trusts in a variety of contested proceedings, including, but not limited to, Will & Trust Contests; Property Turnover Proceedings; Fiduciary Removal Proceedings; Contested Accountings; Spousal Rights Proceedings; Kinship Proceedings; and Will or Trust Construction Proceedings.

Prior to joining McCarthy Fingar, Irma was an attorney with the New York State Attorney General’s Office, where she received the Louis J. Lefkowitz Memorial Award for outstanding performance by an Assistant Attorney General. Irma has experience handling governmental investigations against individuals, businesses and not-for-profit organizations, as well as defending actions and Article 78 proceedings brought against the State of New York and its agencies. Irma also has experience as a New York litigator with the Manhattan offices of two global law firms, Winston & Strawn LLP and Fulbright & Jaworski LLP (now Norton Rose Fulbright US LLP), where she handled all aspects of commercial litigation.

Nimetz & Streng Speak on “Ethical Issues: How to Avoid Becoming a Target in Will and Trust Contests”

Irma K. Nimetz and Frank W. Streng, both members of our Appellate Practice, Surrogate’s Court Litigation and Trusts & Estates groups, spoke at the Spring Section Meeting for the Trusts & Estates Law Section of the New York State Bar Association on “Ethical Issues: How to Avoid Becoming a Target in Will and Trust Contests”.

Nimetz Speaks on Will Contests on Senior Law Day

Irma K. Nimetz, a member of our Appellate Practice, Commercial Litigation, Surrogate’s Court Litigation and Trusts & Estates groups, spoke on “How To Contest A Will Or Trust And How To Prevent Your Family From Contesting Yours” for Senior Law Day Collaborative. Senior Law Day Collaborative offers free legal and financial advice for Westchester County seniors and their families.

We are pleased to announce that Irma K. Nimetz has been elected as a new partner of the firm. Irma, who has wide experience in litigation in trusts and estates and other matters, is a member of our Appellate Practice, Commercial Litigation, Surrogate’s Court Litigation and Trusts & Estates groups.

Nimetz Elected to Board of White Plains Bar Association

Irma K. Nimetz, a member of our Appellate Practice, Commercial Litigation, Surrogate’s Court Litigation and Trusts & Estates groups, has been elected to the Board of Directors of the White Plains Bar Association.

We are pleased to announce that Irma K. Nimetz has joined the firm as an associate attorney and is a member of our Appellate Practice, Commercial Litigation and Surrogate’s Court Litigation groups.  Prior to joining McCarthy Fingar, Irma was an attorney with the New York State Attorney General’s Office, where she received the Louis J. Lefkowitz Memorial Award for outstanding performance by an Assistant Attorney General. Irma has experience handling governmental investigations against individuals, businesses and not-for-profit organizations, as well as defending actions and Article 78 proceedings brought against the State of New York and its agencies.

McCarthy Fingar’s lawyers represent clients in all types of will contests, including cases in which a will not signed at the end was offered for probate. In Matter of Francesca Morris, two of our Surrogate’s Court litigators, Frank W. Streng and Irma K. Nimetz, represented a deceased father’s three adult children, who challenged a propounded instrument purporting to be the last will & testament of Francesca Morris, their grandmother. Francesca Morris had two children, a son who predeceased his mother and was survived by our clients, and a daughter, the aunt of our clients. The aunt filed an amended probate petition seeking to probate a propounded instrument pursuant to which the decedent/her mother bequeathed her entire estate to her daughter. Under a prior will, the decedent bequeathed her estate equally between her daughter and her son. Frank and Irma made a motion to dismiss the amended probate petition on the grounds that the propounded instrument was not executed in accordance with the strict statutory formalities required by the law, specifically New York’s Estates, Powers and Trusts Law (“EPTL”) § 3-2.1(a)(1). Frank and Irma argued that the testator, Francesca Morris, never signed the purported will “at the end of thereof” as required by law. Instead, at the will execution, which was not supervised by an attorney, a notary public signed the purported will where the testator was supposed to sign. As Frank and Irma asserted in their motion to dismiss, the testator only placed her initials on a self proving affidavit, which is not an integral part of the propounded instrument. The Court agreed with Frank and Irma, and denied probate. The Court ruled that the decedent’s initials, appearing solely on the self proving affidavit, did not constitute a signature “at the end” of the propounded instrument and failed to satisfy the statutory requirements of EPTL § 3-2.1 as a matter of law. The Court granted Frank and Irma’s motion to dismiss the amended probate petition pursuant to CPLR Rule 3211 (a) (1) and (7).

As part of our firm’s representation of clients in will contests, battles sometimes take place on applications for preliminary letters testamentary at the inception of the probate proceeding, that determines who shall administer the estate during the will contest. In Matter of Elinor J. Haight, Frank W. Streng and Irma K. Nimetz represented the sole nominated executor under her deceased mother’s codicil, dated March 10, 2015, and will, dated February 13, 2002. Both the codicil and the will were drafted by attorneys, who supervised the execution of the instruments. Our client’s mother named her daughter, as the sole executor in her 2015 codicil. In her earlier will, the mother nominated her daughter and her two sons, our client’s brothers, as co-executors. Frank and Irma filed an application for preliminary letters testamentary on behalf of their client in a contested probate proceeding. The two brothers opposed our client’s application for preliminary letters and asked the Court to deny our client’s application entirely, or to appoint one or both of them to serve as co-preliminary executor(s) arguing, among other things, that the codicil was procured by undue influence, duress and fraud. Frank and Irma argued that the Court should issue preliminary letters to their client pursuant to the well settled law under SCPA § 1412(2)(a), and reject the brothers’ unsubstantiated and conclusory allegations. Frank and Irma pointed out that by awarding preliminary letters to their client, the sole nominated executor, the Court would be honoring the testator’s preference in choosing the fiduciary and would enable the estate to be immediately administered since there may be a delay in probate. The Court agreed and awarded preliminary letters testamentary to the sole nominated executor, the firm’s client.

Our Commercial Litigation lawyers represent clients in arbitration before the American Arbitration Association. James K. Landau  and Irma K. Nimetz successfully represented a business owner in a dispute with the other member of a closely held limited liability company. Here, our client commenced an arbitration through the American Arbitration Association seeking damages on theories of breach of contract, breach of fiduciary duty, breach of the covenant of good faith and fair dealing and seeking an accounting and the imposition of a constructive trust based on certain alleged unauthorized use of company funds by the respondent. After the respondent interposed counterclaims and moved for summary judgment, a settlement favorable to our client was obtained in mediation.