Will and Trust Contests 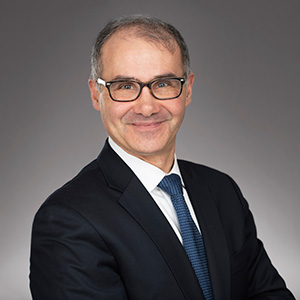 McCarthy Fingar’s Surrogate’s Court Litigation lawyers represent clients in Will and Trust contests in the Surrogate’s Court. We represents clients on both sides of the issue – both the named executors or trustees, seeking to validate a Will or Trust Agreement; and family members, seeking to invalidate a Will or Trust Agreement. With the increased popularity of revocable (lifetime) trusts, “Will Contests” are often being litigated in the form of challenges to the alleged execution and funding of a revocable trust.

How to Win a Will or Trust Contest

There are four basic ways to challenge the validity of a Will or Trust Agreement:

Due Execution: Proving that the Will or Trust Agreement was not properly executed. There are strict requirements under New York law for establishing the validity of a Will or Trust Agreement. In the case of a Will, there must be at least two witnesses to the decedent signing the Will, and the decedent must make plain to the witnesses that he or she is making a Will. A decedent can make a Will without a lawyer, but such wills are subject to challenge for different reasons, even, in rare instances, on the grounds of forgery. A Trust Agreement is valid if it is witnessed by two witnesses or acknowledged before a notary public.

Lack of Capacity: Proving that the decedent (the person who made the Will or Trust Agreement and is now deceased) was not competent at the time the Will or Trust Agreement was signed. One example of lack of capacity would be a person with dementia or who shows other signs of mental difficulty or problems. Medical problems alone are not a basis for setting aside a Will or Trust Agreement. Yet, a catastrophic medical problem, such as terminal cancer, will often bring about diminishment of a person’s capacity to make a decision. For example, sometimes a person’s capacity to make a decision on who should receive property on that person’s death could be influenced by drugs or other medication that is being taken to treat a catastrophic medical problem.

Undue Influence: Proving that the Will or Trust Agreement was the result of someone’s “undue influence”. “Undue influence” can exist whenever the decedent’s financial and personal affairs are under the care of one or more persons, and such individuals use their influence in an improper way to become a beneficiary under the Will or Trust Agreement. Often, undue influence can be proven if a decedent is diminishment in capacity, whether because of medical problems or dementia; and the decedent is dependent upon someone for support in different ways.

The McCarthy Fingar Approach in Will & Trust Contests

Whether we are seeking to validate or set aside a Will or Trust Agreement, our Surrogate’s Court Litigation lawyers will bring their many years of experience to develop a strategy on how the case should go forward. For family members who are considering challenging a Will, we will often recommend that, before Objections to Probate are filed, we undertake a court-authorized review of both the files of the attorney who prepared the Will and take a deposition, under oath, of the drafting attorney as well as the witnesses to the Will. Following that review, our lawyers make recommendations to a client on how to proceed.

If you think you may require the assistance of McCarthy Fingar’s Surrogate’s Court Litigation group in Will and Trust contests in the Surrogate’s Court, contact Frank W. Streng by email (fstreng@mccarthyfingar.com) or by phone (914-385-1022) or Gail M. Boggio by email (gboggio@mccarthyfingar.com) or phone (914-385-1026) with any question you may have.